The origins of this website hail from weekly match previews at Manchester CIty forum mancityfans.net and ahead of the season I have posted the first preview ahead of Monday nights kick off at the Hawthorns.  To read the whole post please click on the link to mancityfans.net below:

Opening Day…That first day of the new season where the league table has been reset…no one has made a mistake…all the players are preparing themselves for career seasons…every team can push for the Champions League…the replica shirt is fresh out of the carrier bag…the match balls are newly pumped up…the manager is a genius and being touted for England…that new signing that is going to take your team to the next level…even the sun is shining…and City aren’t even involved.

Yeah, playing Monday night is an anti-climax. Missed is the warmth of the August sun as thousands don their new shirts, the club shop does record sales, heading to the pub near the ground for the first time in months, looking out for the familiar faces who you only know by sight, the grass seems ever green and the beer better. Instead it’s replaced by an early finish from work, a rush to get to the match or the silver medal of being forced to watch on television.

The pessimists are already worried about playing catch up, even if it is West Ham who are top by virtue of goal difference…they’ll be no catching them now. The threat of national television, with the entire league focused on one game to magnify that fear of embarrassment and Jamie Carragher and Gary Neville given hours in which to dissect your every defensive vulnerability. In addition it seems that City just never seem to play that well on Monday nights. Of course, let’s be grateful to Sky Sports that it’s ‘only’ West Brom and that they didn’t send us to Bournemouth or Southampton on that (original) opening day.

Actually, playing Monday might help City, if last Monday lunch time in Vietnam is anything to go by. Of course, Sky conceals their propaganda ministers Carragher and Neville in studio’s somewhere hours before the game rather than on the field as the game should be kicking off. The Vietnamese language is an improvement on listening to Carragher! 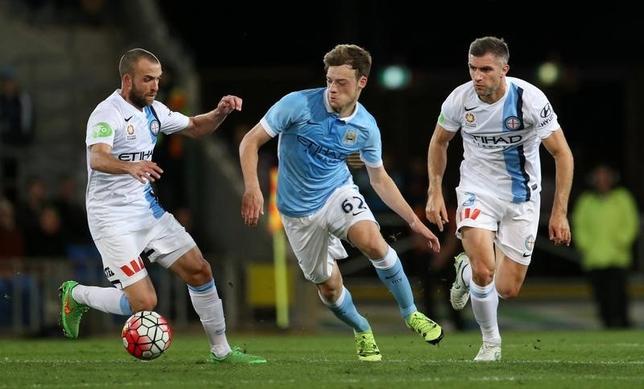 Pre-season has become ever more a challenge to determine its worth as City jetted themselves off to Australia with stops off in Vietnam and Germany on the way home. City fielding a mixture of first and youth team players, minus the internationals who forever seem to be playing in summer tournaments and the lads being shipped off to Italy in cut price deals, didn’t really tell us anything that we didn’t know.

We learned that, yet again, our established first teamers will need the first half dozen games of the season to get into it, our left backs cannot defend the cross to save their lives and Real Madrid’s strongest XI are much stronger than our EDS lads (for now). I do miss the pre-season trips to Shrewsbury, Port Vale, Doncaster and Wrexham just a little bit. The players we saw when we got there not so much. There were a few special performances from the EDS to salivate over and fingers crossed that they’ll be given their chances this season.

To read the remainder of the preview please visit: www.mancityfans.net/west-bromwich-albion-v-manchester-city-preview/