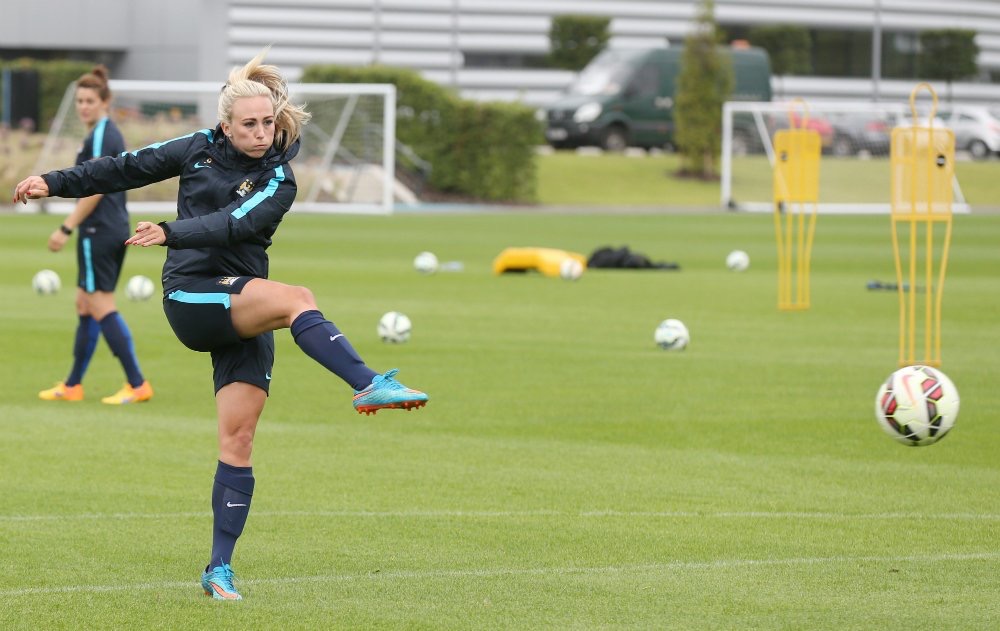 After another sluggish and uninspired defeat at the Etihad on Saturday it was refreshing to see how sharp Nick Cushing’s side looked on Sunday. With a long break between the WSL campaigns you could be forgiven for expecting City’s women to head into the first game against tough European opposition and be a little off the pace. However there was nothing like that of the sort as City’s fast and crisp passing was reminiscent of Manuel Pellegrini’s side at their 2014 best whilst off the ball the combination of Christiansen/Duggan/Scott/Asllani swarmed around Rosengard in an attempt to win the ball back high up the field from start to finish. It was this pressure from City’s forward line that led to City’s first goal as Jane Ross won back possession on the right, inside the Rosengard half and found Christiansen at the far post with a superb cross. City have clearly worked hard since returning to pre-season training in January and the beauty of the length of the WSL season is that if City Are be able to maintain both this level of fitness and work rate throughout the campaign they they’ve a great chance of going one better in the league this season.

There have been high profile signings, notably Fara Williams to Arsenal and, despite winning a league and cup double, Chelsea have strengthened their front line further with the signing of Karen Carney. Liverpool, who struggled through injury last season, and Doncaster, newly promoted, have overhauled their squads.

City, operated somewhere in between as they released five players whilst adding a much needed striker in Jane Ross before Christmas and adding the highly rated Kosavare Asllani as they’ve clearly got one eye on success in the Champions League. Both impressed on their debuts as Ross did everything but score, setting up the first goal and had two chances of her own only denied by goal-line clearances. Asllani, having drawn obvious comparisons to Zlatan Ibrahmimovic upon arrival being a Bosnian born Swedish international playing for PSG, drilled the crossbar with her only effort but otherwise slotted in immediately and combined well with Lucy Bronze down the right. 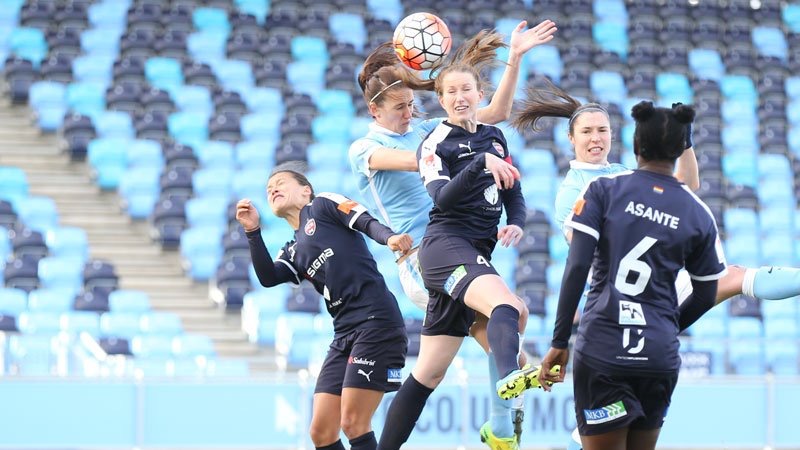 One of the immediate differences following the 2015 World Cup was City’s immediate shift in shape. Whilst the way City had played before it had partly been through necessity as they missed Steph Houghton and Lucy Bronze through injury as well as Karen Bardsley and Jill Scott through suspension they had often found goals hard to come back whilst look exposed on the counter attack. Following the World Cup City, shifted their shape, helped by the arrival of Daphne Corboz, and played a much higher line, added a lot of width and, most importantly, passed the ball much quicker. As a result teams struggled to cope with them as they won 13 of their last 15 games as only Notts County took points off City after the World Cup.

The latest evolution in City’s tactics was to push Jill Scott further forward into the middle of midfield pushing the opposition deeper into their own half. Last season Scott, having spent much of the World Cup on the receiving end of England’s long ball to great effect, would spend much of her time on the right utilising any space she could find to drive the ball forward however the side effect of this would see City start possession much deeper with Walsh or Beattie sat in front of the back four which lay much deeper. Scott’s move into a more central position, with Duggan and Asllani (and Parris in the second half) hugging both touchlines creating space, allowed Scott to drive the ball forward with great effect and creating a link between defence and attack. It was a superb display to start the season from the England International who was honoured for her 100th cap before thegame.

With the club releasing Natasha Harding, Krystle Johnstone, Kathleen Radtke, Emma Lipman and Tash Flint in the winter, as well as Jenny Beattie not back from Melbourne along with Daphne Corboz missing the game, City’s bench looked a little light weight at kick off with just Nikita Parris a recognised first team outfield player. In Beattie’s absence at the back Abbie McManus put in an excellent and accomplished performance, starting at centre back alongside Houghton in the first hald and then at right back once Lucy Bronze was replaced by Megan Campbell. Campbell also looked assured in the second half playing alongside the captain and it will be interesting to see how often she features for either the first or development team. With so few games in the WSL league season and Chelsea a very strong Chelsea side already looking stronger City will need to ensure that their strongest squad stays fit for much of the campaign. However if City can call upon the likes of McManus, Campbell, Stanway (who also missed the game) and Brougham to perform when called upon that could be a huge boost to Nick Cushing. 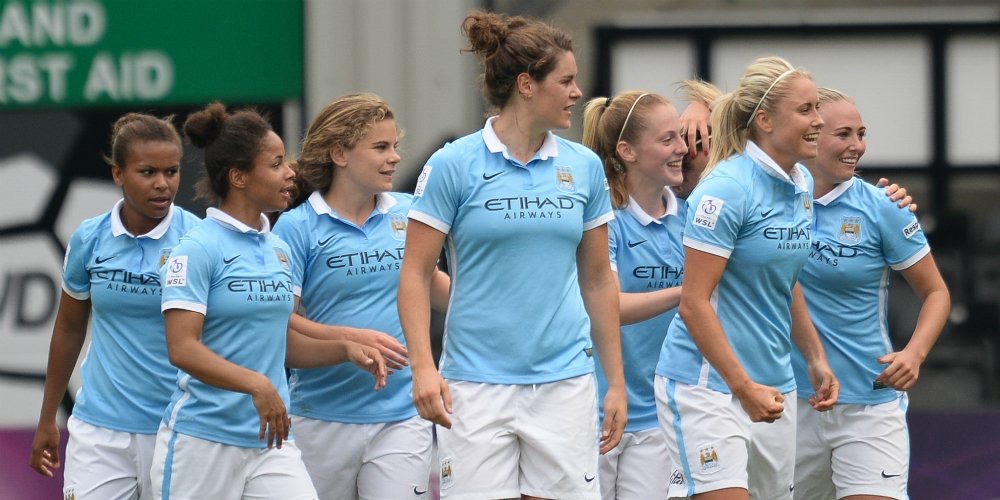 As I write this City have flown to Abu Dhabi for their pre-season camp, where they will play their second pre-season game against Melbourne City next Wednesday afternoon, 2pm GMT. Melbourne City are coming off the back of an undefeated season in which they claimed the W-League at the first attempt. Melbourne were so dominant that they won all regular season games and their ‘worst’ result was a penalty shoot-out victory in the semi-finals before defeating Sydney convincingly in the final 4-

A lot can be learned from City’s game against them as one will be building up to a new season whilst the other will be winding down from the celebrations putting their preparation on a level playing field. City will want to impress against the Champions whilst I’m sure Melbourne will be keen to maintain their 100% record.

It’s a marquee game to the CFG as both clubs websites will be streaming the game live through them and it will be interesting to see who comes out victorious. Sometimes it’s too easy to read into pre-season performances but the opposition is likely to give City a key indication as to how they will perform against Champions League opposition later in the season.