It was an afternoon to forget for Chorltonian Ladies as a depleted side were put to the sword by a title chasing FC United of Manchester Women’s team at Broadhurst Park.

Chorlts were without Jami Hodges, Debbie Price, Aisha Yallop, Jo Malcomson, Lyndsey Turner and still injured goalkeeper Claire Jefferson.  In their absence Leanne Joyce returned in the unfamiliar position of left midfield whilst Joy Windle made just her second appearance of the season at left back whilst Jordana Shaw returned up front.

FC United flew out of the blocks and were ahead inside three minutes when Jade Parker received a throw in on the right hand side before bursting into the box and firing beyond Nat Callaghan from the narrowest of angles. Almost from the kick off FC United doubled their lead as Alisha Marsh found Jess Battle on the left hand side who steered a hard low effort into the bottom left hand corner. 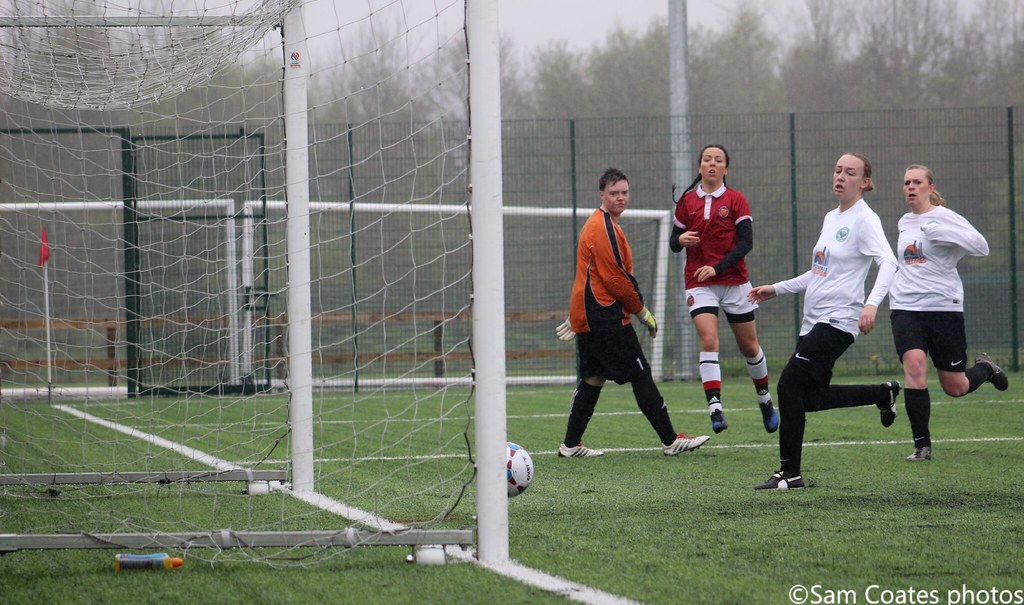 With a mountain to climb Chorlts responded well as Ellie Caddick’s corner found Leigh McFadyen at the far post but she could only turn her effort wide of the post.  On 15 minutes Amy Gillingham was called into action as she pushed Elizabeth Livesey’s hard effort wide of the post.  From the resulting corner Caddick’s delivery clipped the top of the crossbar as she looked to beat Gillingham at her far post.

The respite was brief however as FC United added their 3rd on 18 minutes as Parker was allowed the space to run the entire length of the field following a Chorlts attack before slotting past Callaghan at the near post. It was 4-0 on 23 minutes when Parker turned provider finding Battle at the far post who finished powerfully into the roof of the net from close range.

It was five just after the half hour mark when a long ball up field found Battle who combined with Parker who slotted home into the bottom left hand corner.  The sixth almost came four minutes later as Chloe Wild’s low effort struck the post but Chorlts were reprieved until half time.

The second half was two minutes old when the sixth FC United goal arrived as Olivia Greenhalgh and Battle combined to set up Parker to finish from close range. Battle made it seven two minutes later when a defensive header from a Marsh cross fell to Parker who finished from close range unmarked. The eighth and final goal came on 54 minutes. 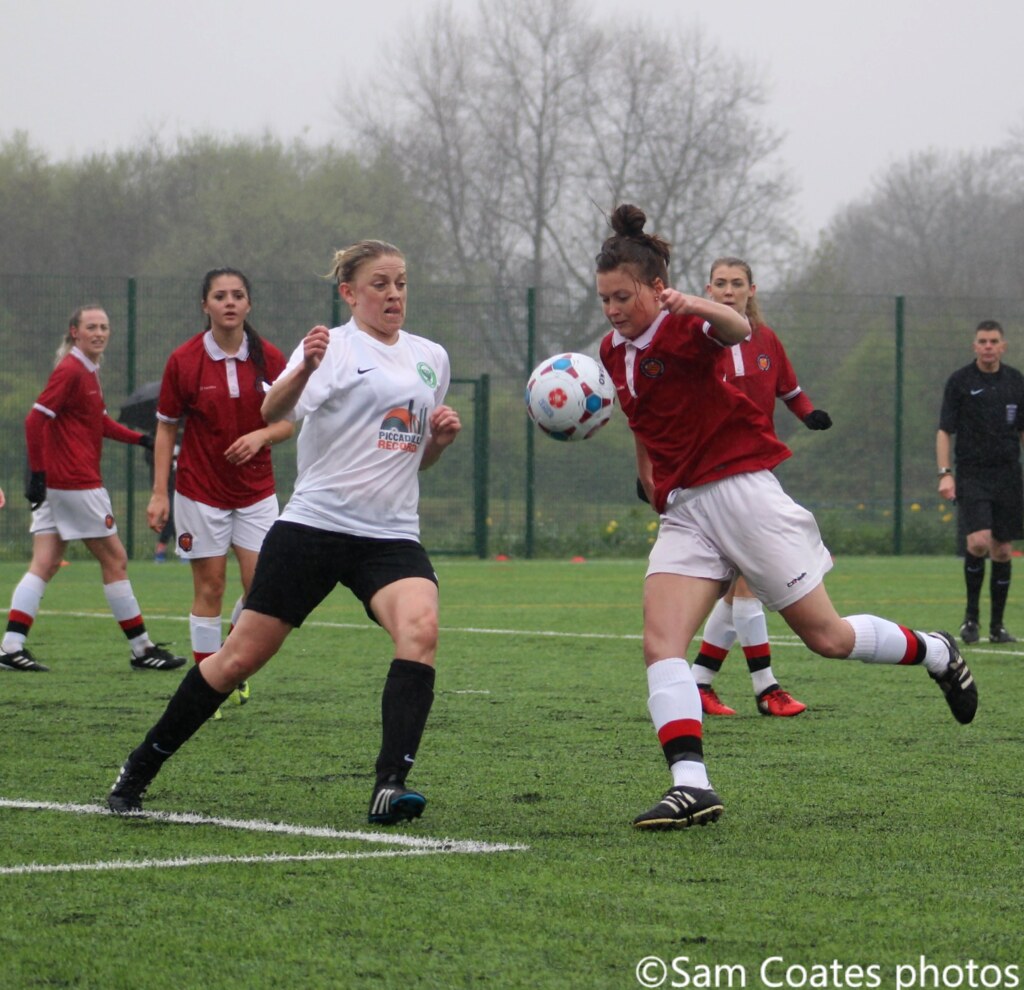 Chorlts best chance of the game came on 57 minutes when another excellent delivery from Caddick found Sarah Cuthbert but she headed over from six yards out. Callaghan prevented further goalscoring with a superb double save before pushing a long range effort round the post diving to her left. Joyce stung the palms of Gillingham with a hard long range effort with 10 minutes remaining as Chorlts finished the game strongly to restrict FC United from adding any additional goals.

Elsewhere in the North West Women’s Regional League Division One South Bootle tightened their grip on the title with a convicing 5-1 win at home to Warrington Wolverines with goals from Hindley (2), Sohl, Thompson and Hardcare.   Locally a severely depleted Manchester Stingers were defeated at home to Blackpool Ladies 2-0.