Bolton Lads & Girls collected a cup double as they came from a goal down to defeat Didsbury 4-1 in the final of the Division One Cup at West Didsbury & Chorlton FC.

The first chance of the game fell to Didsbury as Rachel Campbell swung a free kick across goal just evading the head of her waiting team mates on 16 minutes.   From there the game came to life and on 24 minutes Bolton almost led when a low cross reached Becky Steen at the far post but she could only turn her effort wide.

Didsbury took the lead three minutes later when Katie Salisbury jinxed through the defence and slotted into the bottom right hand corner to complete a superb solo goal.  Bolton went close to responding on 33 minutes when a good free kick was worked to the near post but the final effort fell just wide of the near post to give Didsbury a half time lead. 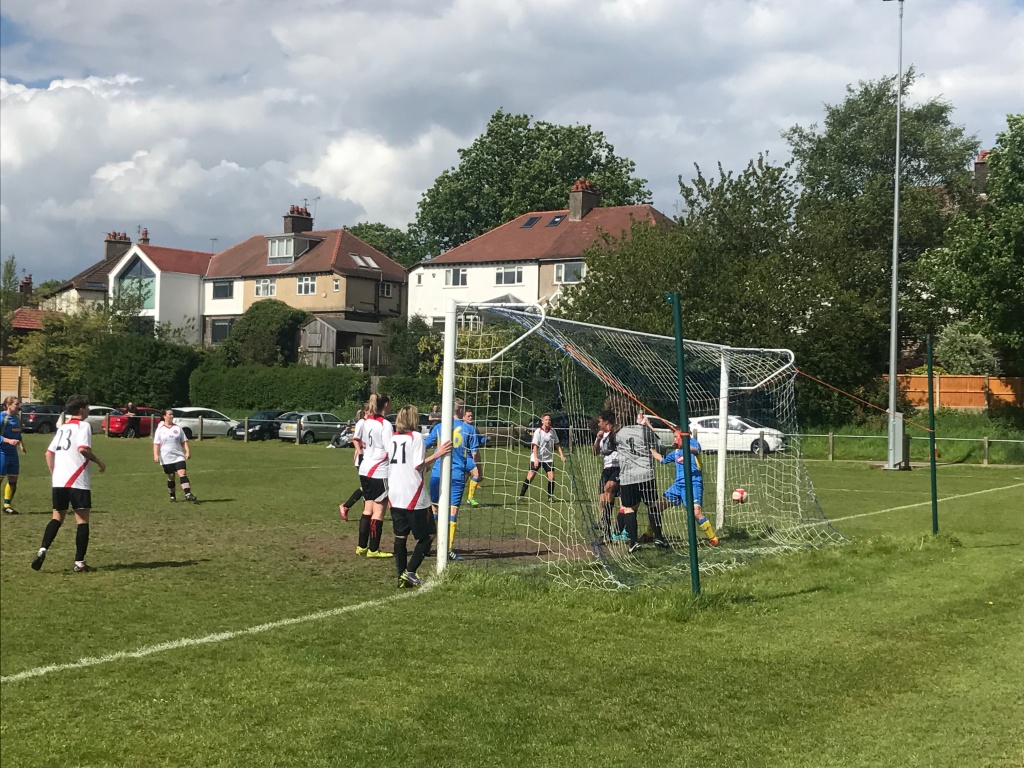 However it took just a minute after the restart to bring Bolton level as Nichola Errington closed down a Didsbury clearance and it looped it in the Didsbury goal beyond a helpless Redmond.  The goal saw Bolton grow in confidence as Emily Ashworth saw a looping volley turned round the post by Yvonne Redmond just before the hour mark.

The game became end –to-end as both teams sought a winner as a Didsbury free kick found a head at the far post with the header rebounding off the base of the post.  Three minutes later Bolton had the lead as Emily Ashworth’s free kick was too strong from the Didsbury keeper, who couldn’t prevent it going in offer the underside of the crossbar.  Eight minutes later it was Didsbury who saw the crossbar struck as a close range header was pushed onto the bar by Katie Priestley in the Bolton goal but this time the effort stayed out.

Bolton secured the trophy in the final minutes as Beth Donoghue latched onto the end of a superb through ball from Jess Leigh and finished coolly first time in the bottom corner.  Bolton weren’t finished and added an emphatic fourth goal three minutes when Martina Thompson finished in off the post from 18 yards out.

The scoreline was harsh on Didsbury who’d matched Bolton for long spells of the game but there was no doubting the quality of the Bolton finishing as they cantered in the final seconds to an impressive win against a team that had finished two places higher than them in 3rd and to bring a close to the GMWFL season.