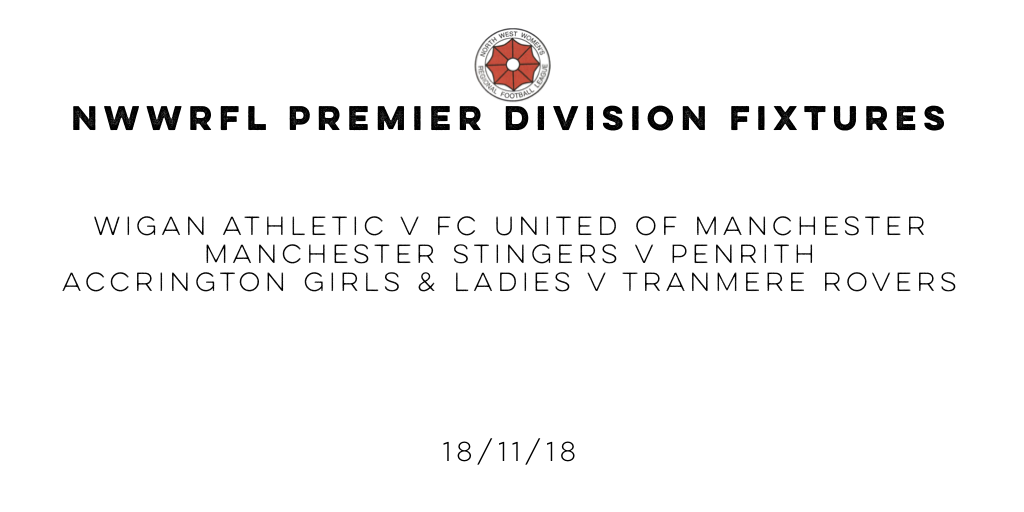 Having bowed out of the FA Cup last weekend FC United will have revenge on their mind this weekend when they travel to Wigan Athletic and face the side that knocked them out of the FA Cup last season.   Having lost two of the last three matches will be unfamiliar territory for FC United, in 6th place with as many as six games in hand over some sides, will be keen to get back to winning ways at Abraham Guest High School on Sunday.

Manchester Stingers will be looking to build on their biggest win of the season last weekend with the visit of bottom club Penrith to Kings Road.  Stingers could end the weekend as few as one point off the top of the table with three points against a side they beat 2-1 in October.

Tranmere Rovers could end the weekend top with as little as a draw away to Accrington Ladies & Girls on Sunday as they sit third in the table behind Mossley Hill Athletic and Stockport County only on goal difference. 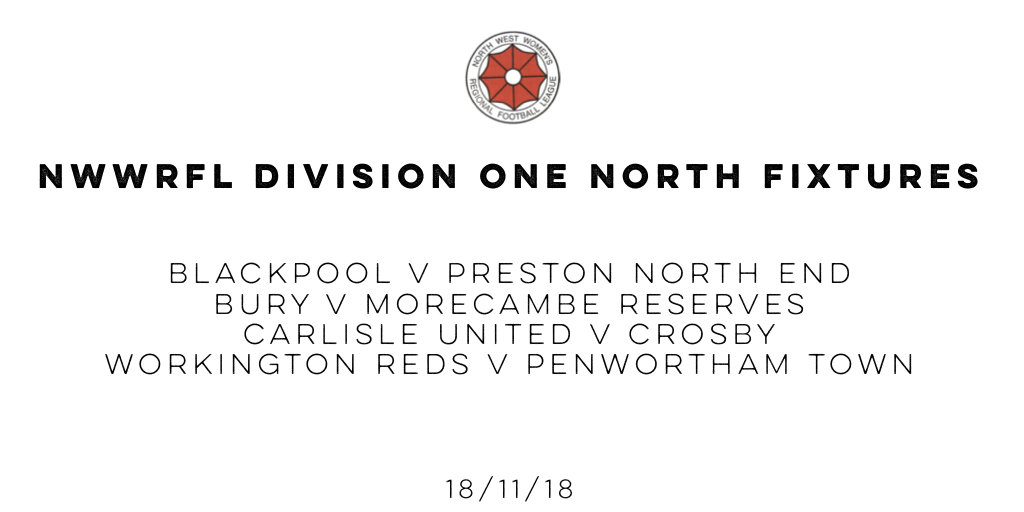 It’s a quick turnaround for the Lancashire Derby as Blackpool host Preston North End this weekend just a weekend after the Tangerines registered a 7-0 victory in the reverse fixture.

Two teams desperate to see Blackpool slip up are both at home as Bury and Carlisle welcome Morecambe Reserves and Crosby respectively. 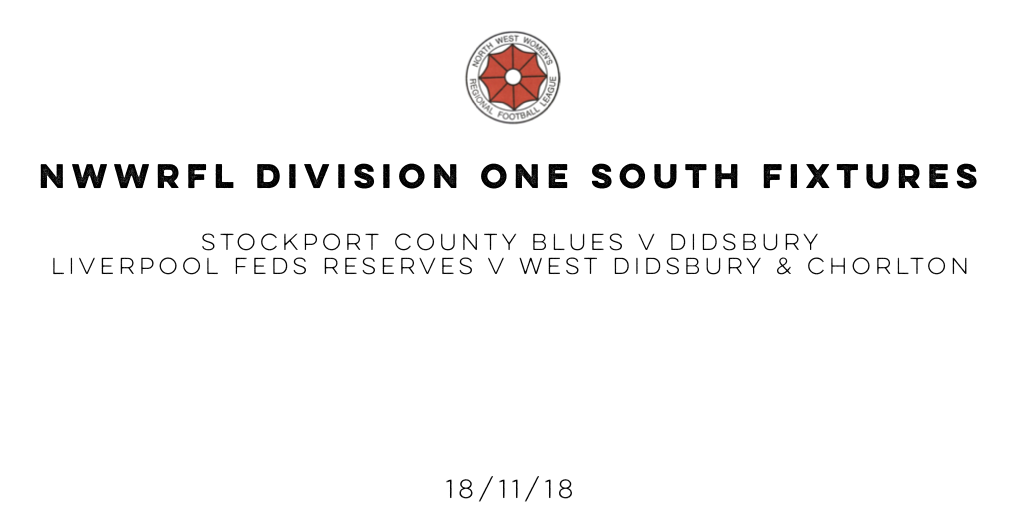 The impromptu arrangement of Liverpool Feds Reserves versus West Didsbury & Chorlton provides an instant test for the new league leaders as they take on the last side remaining with a 100% record in the Division.  West will enter the game six points behind the leaders with four games in hand but three points for either side will be a massive boost for the winners title credentials whilst severely impacting the losers.

The only other game in Division One South this weekend sees Stockport County Blues host Didsbury as Wythenshawe Amateurs (stated on the website to play Chester FC who are in Cheshire County Cup action) and Curzon Ashton sit the weekend out.