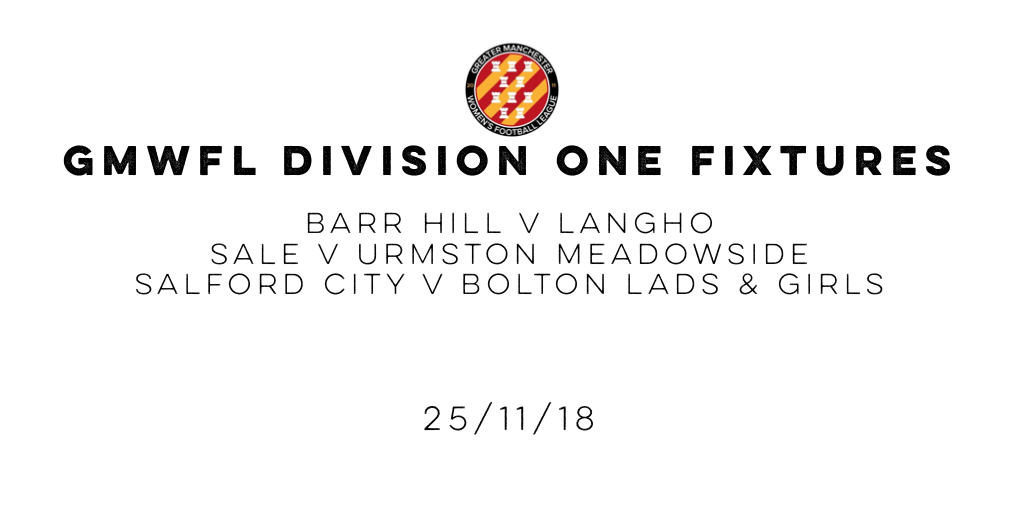 After an impressive win for Barr Hill last Sunday, defeating Rochdale 6-0, they welcome Langho hoping to secure another three points to keep the pressure on the seemingly relentless Salford City Lionesses title march. It won’t be an easy task as Langho gave the Lionesses their toughest test to date last weekend as they were eventually out-gunned 5-2 but not without having given as good as they’ve gotten.

The Division Two title race continues to be filled with twists and turns as the divisions third new leader in as many weeks, Tameside United, can only sit and watch as three sides look to overtake them on Sunday.

In second place are West Didsbury & Chorlton Development who surrendered top spot to Tameside in a 3-1 defeat last Sunday but remain the team with their destiny in their own hands. They welcome bottom club Flixton knowing at least a point will return them to the division’s summit.  Should they slip up Heyside Angels, a side who’ve beaten West already this season, will know three points at home to AFC Oldham will take them to the top of the league come Sunday evening.

Having seemingly been top and clear two weeks ago, the reversal of a Flixton home walkover, a 6-2 defeat to West and a 1-1 draw with Heyside has seen Swinton slip to fourth in the table. With just four games to play they sit five points behind Tameside needing three points against Boltonian Ladies before a run-in that sees them play both Tameside and West away.